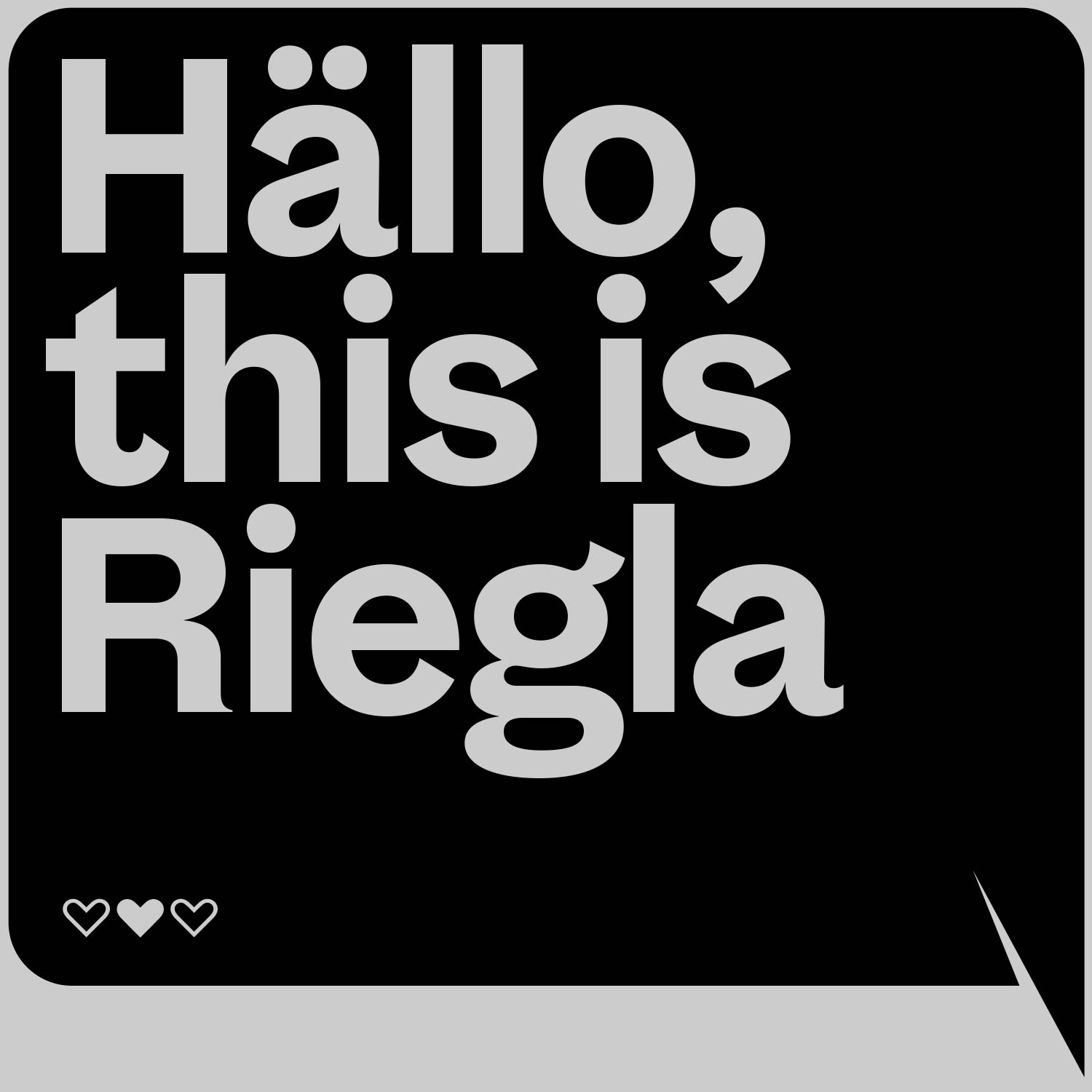 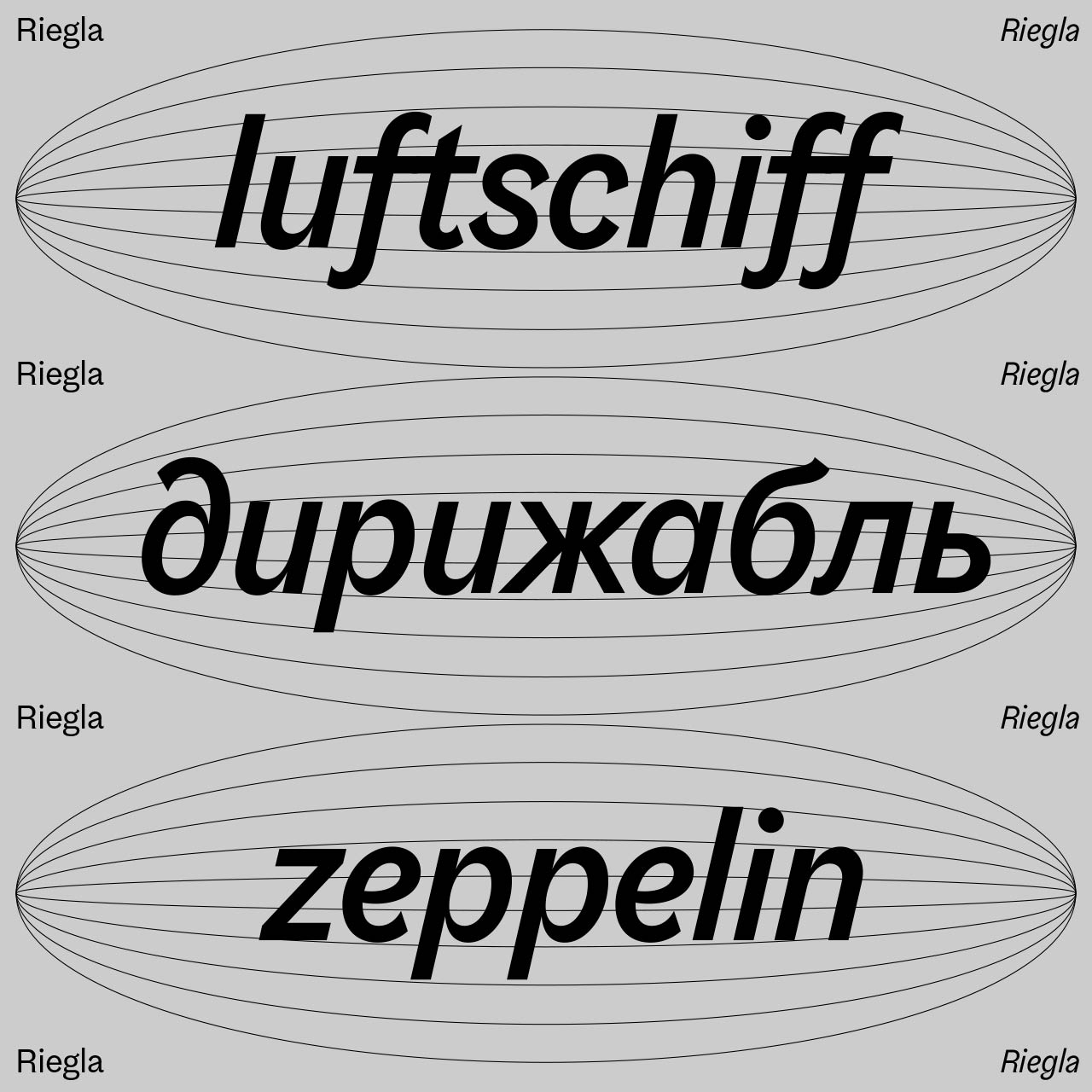 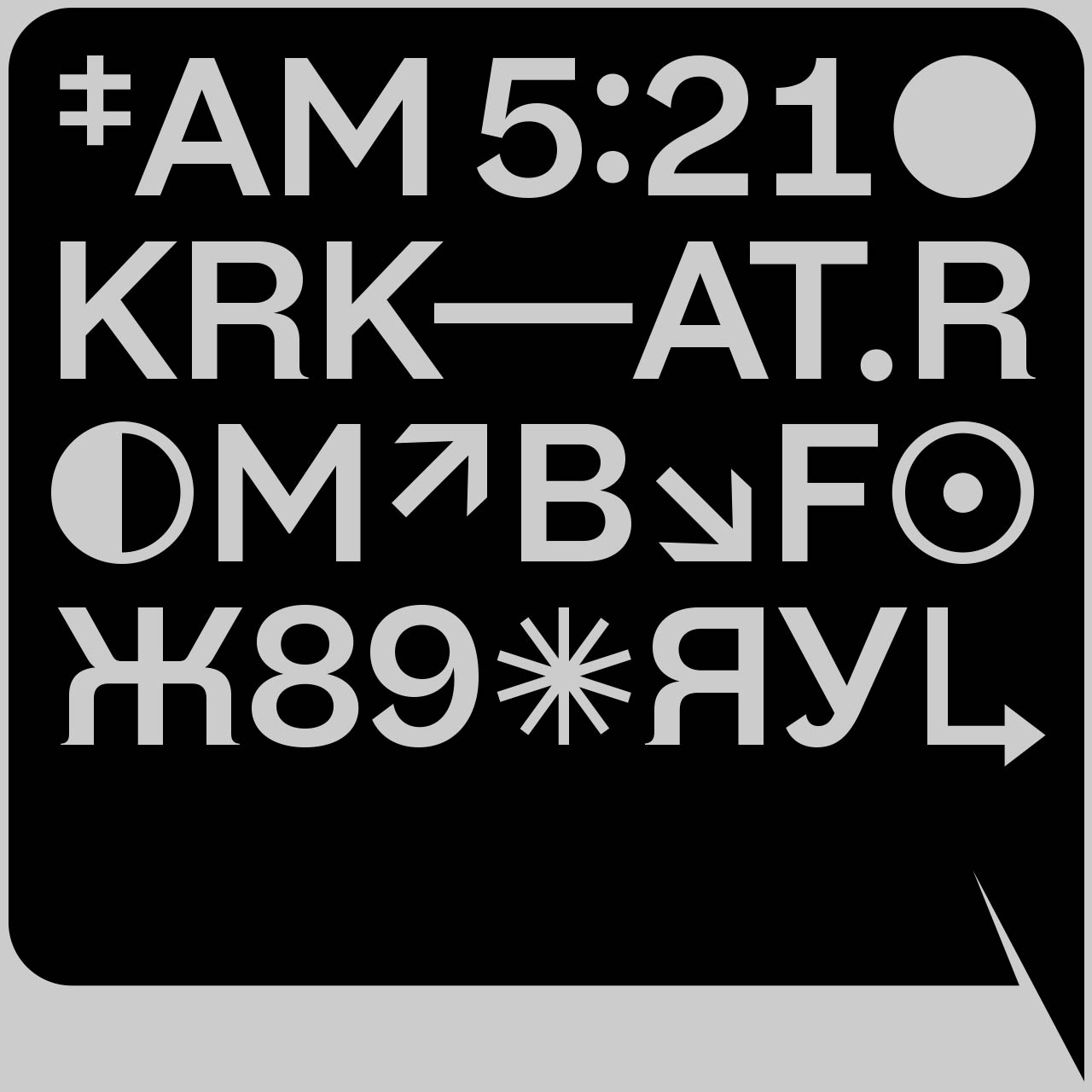 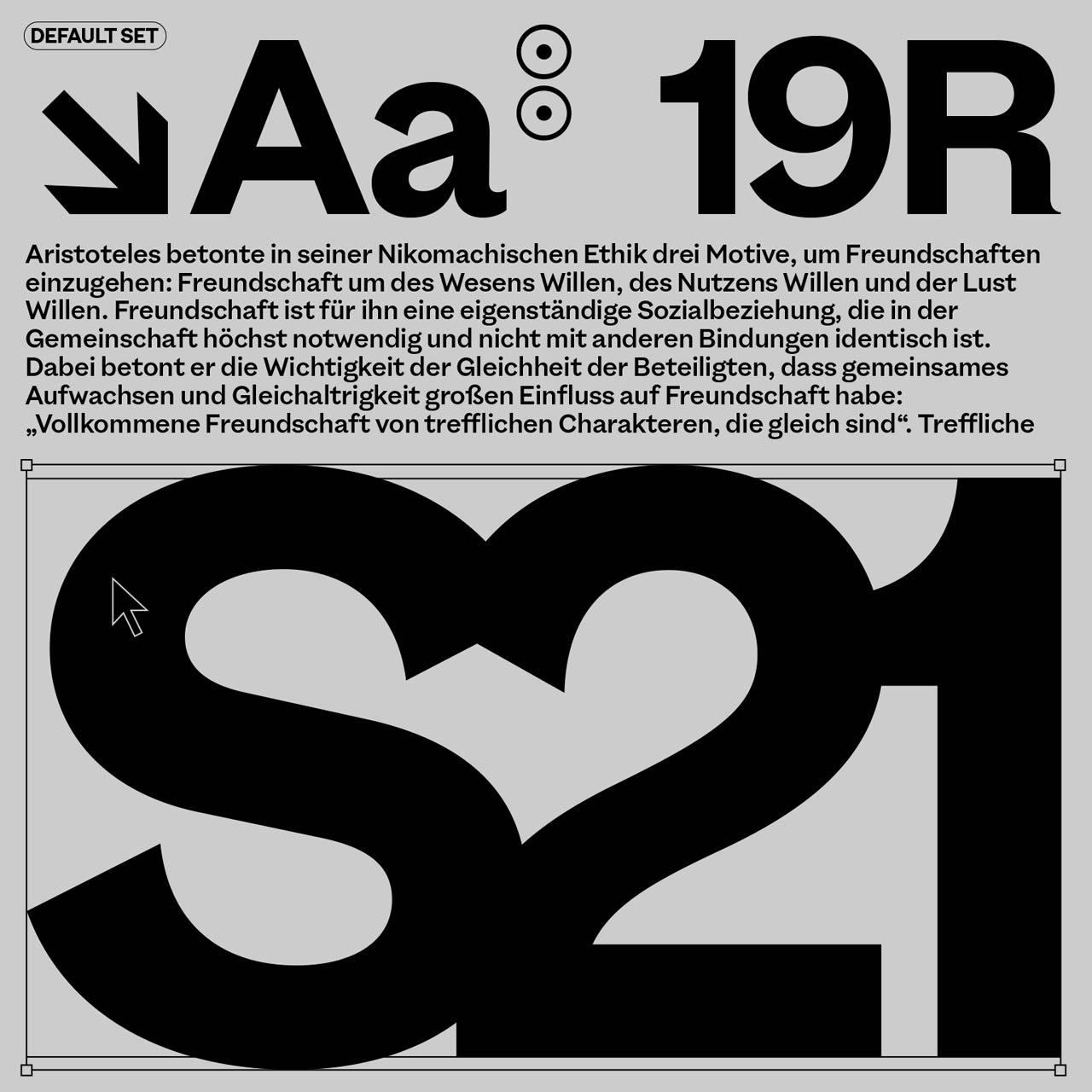 Riegla is a multifunctional non-neutral grotesk that draws inspiration from the early sans-serif designs of the 19th century such as Figgins Sans, Breite Grotesk and various Gothics of that era, placing emphasis on contrast and distinctiveness of the pre-rationalisation period. Riegla’s design is also reminiscent of the simplified upright contrast slab-serif typefaces.

Packed with features and special characters, Riegla is a go to grotesk that tries to find a perfect balance of functionality and personality. It is designed to be highly legible in small sizes as well as crafted beautifully to stand out in title settings. 3 sets of stylistic alternates bring enough versatility to allow finding just the personality you are looking for.

Riegla was designed as a “friend” companion to Riegraf, which is a fusion serif font family also available on intervaltype.com. These two families share many commonalities and will work well together creating a page that truly stands out typographically.

Proceed to reviewing your cart and payments. After your payment is complete you will receive the link to download your new fonts. If you have any questions please write to hello@intervaltype.com